An ESB is a middleware platform that supports intelligent routing of information between business components distributed across a network. Unlike other platforms, ESBs support both request/ reply as well as event-driven interactions between business components on a single technology base with a shared component model and common tools for design, development, deployment, security and administration. 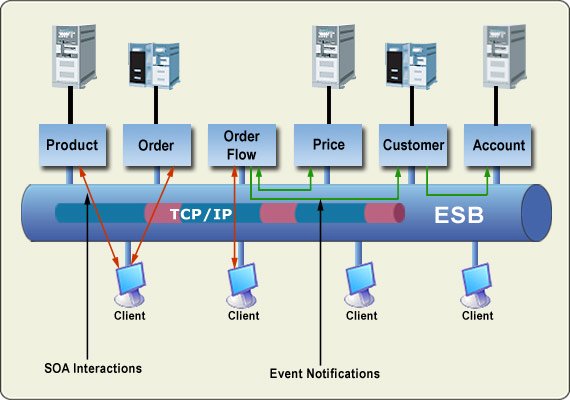 ESBs have four important characteristics that distinguish them from other forms of middleware:

Importantly, an ESB can be used not only for application integration but also for the development of general purpose distributed applications connecting business components created by independent teams of developers.